Dragon Boat Festival ~
When it comes to Chinese traditional festivals, the Spring Festival must come to your mind first. However, Haier Jordan held a user interaction activity with the theme of Dragon Boat Festival. Because there is a “Dragon” in the name, what can better represent China than the Dragon? 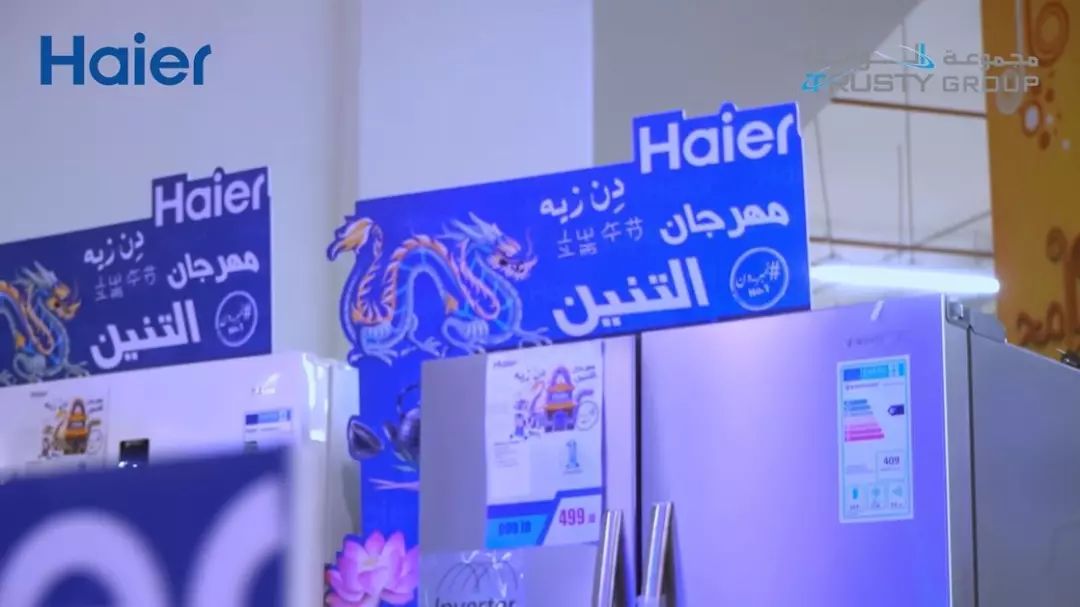 From November 20 to December 6, Haier Jordan held a user interaction activity "Haier, the world's No.1" in Jordan's major shopping centers and retail stores in combination with the implied meaning of "powerful Chinese Dragon". In Jordan's high-end shopping centers such as Sameh Mall, Areefa Mall, Al Mukhtar Mall and specialty stores such as Leaders, the offline activities with traditional Chinese cultural connotation and Haier brand spirit are novel, attracting a wide range of Jordanian users to participate. Meanwhile, Jordanian popular Radio station Radio HALA FM has also been following the activities, the host is a famous Jordanian actor Ahmad Srour who did a live report from the launch spot, attracted many fans. This featured interaction, let "Haier, the world's No.1" brand status got further into the hearts of Jordanian users. During the activity, Haier sales earned doubled growth.